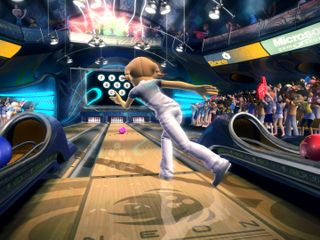 Details of what to expect from Microsoft's Windows 8 have apparently been leaked by a blogger, with next generation connectivity, Kinect like webcam use and 'instant on' functionality headlining.

A blogger called Francisco Martin Garcia revealed the confidential details on his blog, with ever-reliable Neowin running the story and adding credibility to the contents.

So what can we expect from Windows 8? Some interesting functionality.

That includes USB 3.0, and Bluetooth 3.0 support, video recognition and 'instant on' booting – which will obviously be seen as a response to Google's Chrome OS.

One of Chrome OS' big selling points is the speed of boot-up, and Microsoft is keen to bring the functionality to Windows.

"Windows 8 PC's turn on fast, nearly instantly in some cases, and are ready to work without any long or unexpected delays," said the document

"When customers want to check e-mail, sports scores, or play media they love to reach for their PCs because they can get to what they want quickly."

Another key addition will be a feature that apes Kinect – the next generation motion sensor video technology that is being brought to the Xbox 360 in the near future.

"Windows 8 could detect my presence and log me automatically," adds the document.

This latter nugget of information is intriguing – with person recognition one of the well-appreciated functions of Kinect.

Microsoft has long talked up the fact that Kinect tech could be brought to Windows – and there will now be hope that it will be arriving as soon as the next generation of the operating system.

From Francisco Martin Garcia via Neowin