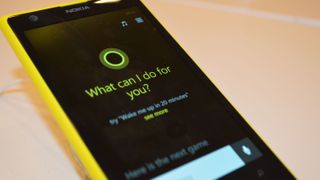 Windows 8 got a first update to Windows 8.1 and the latter has now been updated to Windows 8.1 Update (or Update 1 as we'll continue to call it). Windows Phone 8 got an upgrade to WP 8.1. (ed : Windows 8.1 update 1 is now out and available for download.)

Back to square one?

One might suggest that Windows 8.1 Update 1 was introduced solely to cater for the one big challenge that could discourage businesses and enterprises from moving away from Windows XP.

That is the poor user experience when using a mouse and a keyboard, still the preferred input peripherals in the overwhelming number of organisations.

It's therefore not a surprise that Windows 8.1 Update marks the return of the desktop. Users will now be able to boot directly to the desktop rather than the tiled Start screen.

Users will also be able to pin Windows Store apps directly to the taskbar and a refreshed version of the Start menu is also expected to be rolled in in a subsequent, yet-to-be-announced update.

The other big announcement of the night was Windows Phone 8.1, which as expected, complements nicely what Windows 8.1 is offering. Both are likely to be pitched together to companies as a seamless, natively integrated ecosystem.

Devices using Windows Phone 8.1 can also be used as a second (or third) display. Handy given that some of them like the Nokia Lumia 1520 are big enough to be used as, say a notification or a Skype screen.

As a standalone product though, Windows Phone 8.1 doesn't bring much to the table. Microsoft has improved integration between Windows on both phones and PC. Little things like theme colour or apps downloaded will sync across Windows 8.1 and Windows Phone 8.1.

The big announcement though is for developers, who will now be able to code apps that run across all Microsoft platforms (PC, tablets and smartphones) regardless of whether they are x86 or ARM-based thanks to the new Visual Studio 2013 Update 2 RC development suite.

The plan, as Kevin Gallo of Microsoft puts it succinctly, is to get Windows applications to run on anything from the Xbox One to "Internet of Things" devices using a common runtime, which will expand the reach of developers to desktop users.