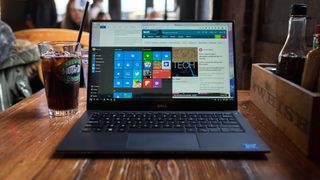 Microsoft's OneClip feature, which was leaked last year, is apparently set to be unleashed with Windows 10 and Office at some point in 2017.

Indeed, it'll pitch up in a Redstone update next year, and there's a decent chance that will be the first update (Redstone or RS2, which is due to land early 2017).

At least, this is the scoop according to Windows Central, which says that OneClip will boast tight integration with Windows and Office. The idea of OneClip, if you're not familiar with it, is to offer cutting and pasting of text and images (along with other content like links or favourites) across devices whether they're PCs, tablets or phones (and across different operating systems – that will include Windows, of course, macOS, iOS and Android).

Apparently, the version we'll see next year will be similar to the leaked OneClip we caught a glimpse of in 2015, although the interface will have been completely reworked.

OneClip will also be integrated with 'working sets', a feature Microsoft intends to implement in order to help users organise and locate the likes of documents, contacts and so forth under 'sets' – and OneClip will boast further versatility in doing things such as storing and backing up your copied and pasted materials.

At any point when working, say for example in Word, you'll be able to pull up the OneClip stream of clips, filter between different types of content, and quickly access anything you've previously snagged with the feature.

Windows Central has also heard that the name might be changed from OneClip to Bundle, although in all honesty we prefer the former. Bundle seems vaguer and less satisfying in general.

As we heard last week from the same source, Microsoft is planning to bring Office 365 and Windows 10 closer together by introducing an 'Office Hub' to its desktop operating system – a central place to easily access your documents, emails and so on, which will pull off tricks like highlighting when colleagues are working on a shared document in OneDrive.

It's not clear exactly how the hub will be implemented at this point, as again this is all very early days, but current speculation points to the Action Center as a likely home. This hub is also supposed to arrive in one of the two major Redstone updates next year, so either RS2 or RS3 (RS1 was the recent Anniversary Update).