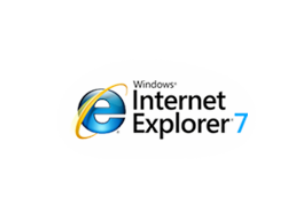 The successor to Internet Explorer 7 will be available in 18-24 months, according to Microsoft

Despite Internet Explorer 7 only having been available for a couple of months, details about its successor Internet Explorer 8 are beginning to emerge. An early version of IE8 is already being tested internally at Microsoft.

At last week's CES show in Las Vegas, Microsoft announced that it had started developing its Internet Explorer 8 web browser.

The new browser isn't due for another 18 to 24 months so speculations on whether Microsoft will be releasing an interim version of Internet Explorer 7 awaiting version 8 are rife. Microsoft would not comment on the subject.

But it's clear that an early version of IE8 exists and is being tested at Microsoft. A more developed version is expected to be showed off at Microsoft's developer conference MIX 07 in early May this year.