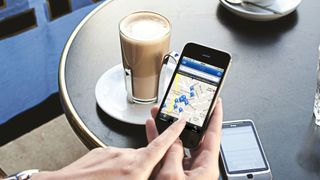 Explosive growth in mobile Internet traffic is driving up network power consumption, and focusing attention on new techniques to improve the energy efficiency throughout the network - particularly in basestation RF and baseband circuitry

The Downside of Explosive Mobile-Data Growth

The tremendous popularity of mobile devices such as smart phones and tablets, and cloud-based services for business and personal use, is driving more and more subscribers to access the Internet via wireless connections.

The load on mobile networks is increasing rapidly. Globally, about 1.6 Exabytes of mobile data is being generated per month, according to Cisco's Visual Networking Index (VNI) report , and this is having a dramatic effect on mobile network power consumption.

Today, operators are spending an estimated $2 billion a year to power their networks, and basestations are consuming a high proportion of that budget. According to figures from Vodafone, basestations account for almost 60% of total mobile network power consumption, while 20% is consumed by mobile switching equipment and around 15% by the core infrastructure.

Low efficiency in the RF and baseband processing stages is the main reason for the basestation's relatively high power consumption. The IET has reported that a typical 3G basestation uses about 500W of input power to produce only about 40W of output RF power.

The heat generated by inefficient operation must also be removed, typically by air conditioning, which adds further to the basestation's overall power consumption. The typical average annual energy consumption of a 3G basestation is around 4.5MWh.

Hence for a 3G mobile network covering an area such as the UK, which has around 12,000 basestations, the total energy consumed will be more than 50GWh per year. This causes a large amount of CO2 emission as well as contributing to the network's operating costs.

In developing countries, on the other hand, direct electricity connections are not always readily available. According to Scientific American (Tweed, 2013) magazine there are around 5 million basestations globally, of which 640,000 are not connected to an electrical grid and are largely run by diesel powered generators.

The costs of fuel and transportation, and the logistical challenges involved in keeping basestations operating continuously, are high.

Although basestation efficiency is known to have improved from 3% in 2003 to 12% in 2009 , further significant improvements are needed in order to limit overall network power consumption and hence enable operators to assert control over their operating costs.

Several improvements are being pursued to reduce the power consumed by mobile basestations. The architecture of the network is evolving towards a heterogeneous architecture (HetNet) comprising basestations of various sizes, as shown in figure 1.

In a HetNet, smaller cells comprising micro or pico basestations having shorter range and lower capacity, and hence lower power consumption, are deployed throughout the network in addition to macrocells.

Within the basestation, improvements to the main processor in the baseband unit can raise data-handling efficiency. To maximise the advantages of such improvements, the ability to scale the processor architecture for use in smaller basestations or macrocells allows the same power-saving techniques to be applied quickly and cost effectively throughout the network.

The RF part of the basestation consumes more than half of the overall power, mainly due to inefficiency in the PA as demand for increasing data rates and broader bandwidth force the amplifier to operate in its non-linear region. The Peak to Average Power Ratio (PAPR) can be around 6-10dB.