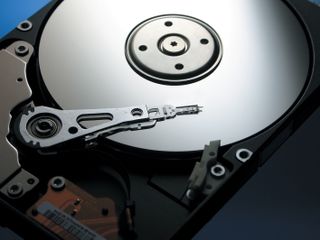 Samsung is upping the game in solid state hard drives again, with the launch of its first mass-produced 256GB SSD.

The new 256GB SSD more than doubles the performance of Samsung's 64GB and 128GB SSDs to become what Samsung claims is the best performing SSD for personal computers.

The drive combines sequential read rates of 220MB/s with sequential write rates of 200MB/s - a difference of just 10 per cent compared to rival drives' differential of up to 70 per cent.

The 2.5-inch drives uses just 1.1W of power (compared to 2W or more for a mechanical hard drive), and weighs just 81g.

Paranoid users will enjoy the fact that the SSD is available with Samsung's proprietary disk encryption technology built-in, and has a blistering erase speed of 100GB per minute for when the cops start battering down the door.

There's no word on price yet, but TechRadar expects the cutting-edge data muncher to add around £1000 to the cost of your fancy-schmany new laptop.