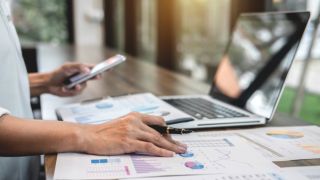 April 1st saw the introduction of Making Tax Digital (MTD), a scheme aimed at bringing manual VAT return processes for UK businesses up to date with more modern process. In the first instance, the scheme applies only to UK businesses with an annual, taxable turnover of more than £85,000. Later iterations, however, will require more businesses to submit their VAT returns into an HMRC portal where the information will be stored.

However, although it was designed to make the system easier and more efficient for taxpayers, not all business owners have welcomed the arrival of MTD. Some, for example, see it as an annoyance, unnecessarily disrupting a process that’s worked well for them for years. Others, particularly smaller businesses, are concerned about the cost of the MTD-compliant software they need to use the service.

Criticisms such as these aren’t unique to MTD, of course. Objections will be raised in response to any procedural change. But it’s worth seeing its introduction as part of a larger picture. Rather than digitising just one aspect of the UK tax system, MTD can be seen as the first stage in a systemic overhaul, opening the door to a future of innovation.

If you look back at what other countries have been doing with regard to their VAT and tax schemes over the last 15 years, MTD isn’t bringing anything particularly new to the table. Latin American countries pioneered a proactive, digitised reclamation of VAT back in 2003, for example, as part of an effort to close huge gaps in VAT collections. Mandatory electronic invoicing and real-time reporting requirements meant that invoices had to be uploaded to a government platform for approval before they could be finalised.

Making a significant difference to the health and cash reserves of the region’s tax authorities, the success of the initiative didn’t go unnoticed in Europe. Spain introduced real-time transactional reporting in 2017, followed a year later by Hungary. In January of this year, Italy brought in mandatory electronic invoicing for domestic business-to-business transactions, having previously used a business-to-government portal. And at the time of writing, Russia, Greece, France and many other tax authorities around the world are introducing innovative new modifications to their respective tax systems.

Whatever the exact nature of their modifications, however, these countries each have a software-based VAT structure in common. France, for example, has had a similar system in place for more than 10 years now, during which time its tax system has continued to evolve for the better. It’s as part of this commonality that we should view MTD. Rather than an expensive nuisance, it might be more helpful to view the introduction of MTD in the UK as an important foundation upon which future innovations can be built.

The implementation of MTD offers several basic benefits beyond simply improving the speed and ease with which VAT returns cans be made. Replacing manual processes with software entry will improve accuracy, for example, significantly reducing the chance of data being missed, and allowing HMRC to spot discrepancies more quickly than it was previously able to do.  What’s more, the visibility it offers into the state of an organisation’s tax throughout the course of a year will enable that organisation to make better informed decisions about its growth.

It may also prove beneficial when it comes to auditing too. As HMRC continues to commit more services to digital, it’s likely that, as is the case in Italy, invoice details will be required as part of the process. With these stored online alongside a business’s tax filings, large parts of an audit can be carried out digitally, significantly reducing the administrative burden on an organisation’s finance team.

Over time, as more aspects of an organisation’s finances are brought online, and cloud-based data is shared across other business areas to provide them with a clear overview of its overall financial health, those business areas will also begin to enjoy greater efficiencies and innovation. After all, it’s easier to make informed strategic decisions when you have the numbers to hand.

Taking all these points into consideration, businesses should view MTD as the first step on a journey toward a more effective way of engaging with HMRC, and of providing their finance team with the greater intelligence and insight that comes from increased visibility.

At the same time, however, it’s entirely understandable that many business owners might find changing such an integral part of their business something of a challenge. It’s important, therefore, that they work with knowledgeable software vendors who can guide and advise them through this important transition.

Like it or not, Making Tax Digital is now a reality, and is likely to be the first of many changes that HMRC will make to the tax system. Resistance is ultimately futile. It’s time, therefore, for business owners to take a look at how such changes have worked for organisations in other countries and, rather than worry about how they’ll comply with the new requirements, consider instead how it might benefit their own business.