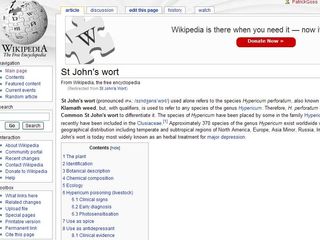 Wikipedia will not be running adverts to fund its continued existence, after fund-raising produced enough in donations to pay the site's running costs.

Wikipedia has become one of the web's most popular phenomenon, with the user-updated encyclopedia quickly becoming an important font of knowledge.

Founder Jimmy Wales thanked those who had contributed donations with a letter published on the site, saying "Wikipedia is different. It's the largest encyclopedia in history, written by volunteers.

No place for adverts

"Like a national park or a school, we don't believe advertising should have a place in Wikipedia.

"We want to keep it free and strong, but we need the support of thousands of people like you. I invite you to join us: Your donation will help keep Wikipedia free for the whole world."

More than 8,000 people donated sums of money to the site, including a three-year annual pledge of $1 million.