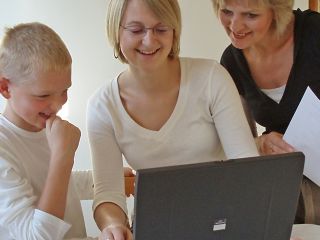 Most parents in the UK feel their family lives have improved significantly thanks to modern technology, especially the internet. That's according to research released by BT today.

Two thirds said the net made life easier with services like online banking and internet shopping.

Emma Sanderson, a director at BT Retail said: "People, particularly children, are increasingly using the internet to keep in touch and share information. This expands their horizons immeasurably, allowing them to meet people and access resources across the globe."

The study, carried out by the Consumer Analysis Group , also claims there are more radios in UK homes than there are bikes, and that 90 per cent of families own games consoles.