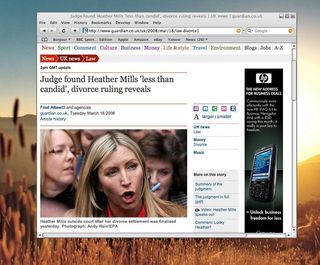 Apple’s Safari browser may not be nearly as secure as it should be and according to a new study, it’s putting its users at unnecessary risk.

Researcher Juan Pablo Lopez Yacubian spent some time with Safari 3.1.1 for Windows recently and found that the browser suffers from a number of vulnerabilities that could create problems for its users. And although he didn’t test out Mac versions of the software, he did say that any Safari installation might also be affected.

Unfortunately, Yacubian is unaware of any workarounds and said that the only fix is to abandon the use of Safari until Apple patches it. Versions of Firefox 2 and Opera were highly recommended.