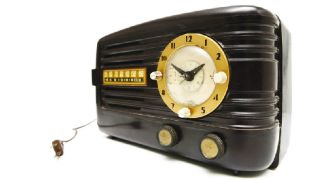 The latest reports suggest that Apple has nabbed a streaming deal with Sony Music which, if true, takes its iRadio-based record label agreements up to a cool three.

That's if you believe the rumours saying that Warner and Universal have also signed up, as we reported last month.

A 'person' 'familiar with negotiations' between Apple and Sony let slip to All Things D that the deal was done, but that doesn't mean you should take the news as gospel.

However, it does indicate that an iRadio (or, hopefully, differently named music streaming service) will be unveiled at the company's keynote speech at WWDC 2013 next week.

The word on the internet street, though, is that the service itself won't launch until significantly later this year - so don't go cancelling that Spotify subscription just yet.

So, basically, you'd better clear your schedule, get the snacks in and join us on the site or over on Twitter as we cover the keynote live on Monday from 6pm BST / 10am PT / 3am AEST.