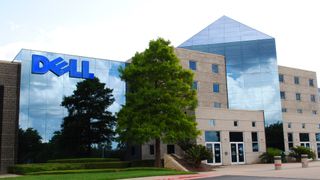 Dell has announced that its online store was hit by a security breach earlier this month.

The company revealed that it detected an unauthorised intruder trying to extract customer information such as names, email addresses and hashed passwords from Dell.com.

Dell reassured its customers that their data was safe in a press release, saying:

“Though it is possible some of this information was removed from Dell’s network, our investigations found no conclusive evidence that any was extracted. Additionally, Dell cybersecurity measures are in place to limit the impact of any potential exposure.”

According to a statement the company sent to ZDNet, Dell is still investigating the incident though the breach was likely not extensive as its engineers were able to detect it on the same day it occurred - November 9.

Luckily for Dell, the hackers appear to have not obtained any card details or other sensitive information about its customers. In fact the incident did not even disrupt the company's website, which operated normally during as well as after the intrusion.

In order to protect its customers from any unforeseen consequences, the company initiated a password reset for all Dell.com accounts after it detected the security breach. Dell seems to have clearly had the situation in hand as it also notified law enforcement and hired a digital forensics firm to perform its own independent investigation.

Now that the company has released more information on the security breach, it seems that only a small amount of information from its website was obtained by the hackers responsible.

However, this could change and Dell customers should take the time to review the information they've shared with the company.