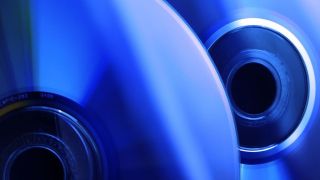 4K, movies and media are what's driving the storage explosion.

Despite the arrival of cloud storage and the ever-decreasing price of data storage, optical media still have a place in computing, especially when it comes to storing bytes in a safe place for a long time.

Verbatim has unveiled a new 100GB Blu-ray optical disc, the M-DISC, which promises to store data for as long as 2000 years. In other words, if the disc was burnt back in Nero's days (the Roman Emperor, not the popular DVD burning software), it would still be readable now.

You should be able to fit about 80 minutes' worth of highly compressed HEVC 4K content on it (assuming a bit rate of 12Mbps).

The blank media was produced using technology from Millenniata and the theoretical failure rate is expected to be around 1 per 100,000. In comparison, if you lose two hard drives per year out of every 100 you buy, it's considered to be great.

The optical discs, which are write-once BDXL models, will be available by the end of the month and will cost as little as £12 (about $16, AU$18) when purchased in a pack of 5. You will need a compatible Blu-ray drive to write on the disc. Verbatim has yet to confirm whether it will be releasing quad-layer 128GB BDXL discs.