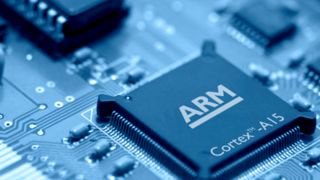 Turning on the innovation tap

China has been infamous for producing bad knock-offs of Western tech in recent years - from poor smartphone imitations to fake Apple stores and everything in-between.

However, Cambridge-based chip designer ARM reckons the tide is turning, with many China-based tech companies looking to differentiate from Western products by focusing on innovation and meeting the needs of the region's vast consumer base.

Speaking to TechRadar Pro, Noel Hurley, Deputy General Manager of ARM's CPU Group, said: "The classic impression of China copying the West is rapidly changing. That whole region that includes China, Taiwan, Korea and other countries are innovating for a local market, rather than trying to copy Western products.

"China-based semiconductor companies have to spin [out] chips quickly to be able to respond to super-fast changes in trends within the marketplace. There's a demand for responsiveness across Asia that means people are looking to not only innovate, but innovate quickly."

Hurley uses the example of multi-SIM smartphones to highlight how China-based mobile manufacturers are innovating to serve the needs of local people.

He said: "We're starting to see triple-SIM smartphones in Asia, which is where you have a middle-class, regularly-traveling section of the population on different call plans depending on where they are.

"Instead of taking the back off a phone to exchange the SIM, people want three SIM slots down the side of it so they can insert their Hong Kong, mainland China or Taiwan cards in. That local economy setup presents opportunities, and we're starting to see move innovations around them."

According to recent figures, ARM's China-based System-on-Chip (SoC) vendors (including MediaTek and Huawei) shipped over 100 million tablet SoCs in 2013, representing 40% of its tablet business, Anandtech reports.