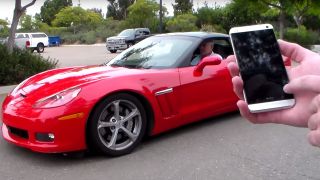 A research team from UC San Diego has managed to hack a Corvette and take control of it, allowing them to turn on the wipers and even make the car brake.

It was able to gain control of the Corvette through a dongle made by Mobile Devices, generally used for car or truck fleets to monitor speed and location.

The dongle is connected to the car and has cellular capabilities, which was exploited by the research team to demonstrate that it could hack the vehicle and control it through a series of text messages.

Of course, Mobile Devices has since patched the hardware that the research team hacked, and it should be noted that the cell numbers associated with these devices aren't generally available to just anyone.

But this new demonstration does show that there are still vulnerabilities to be addressed with the numerous electronic systems that are being used in vehicles today.

User mrlanrat uploaded a clip of the demonstration: