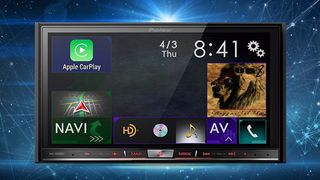 CarPlay support will arrive in a firmware update to Pioneer receivers

Apple has confirmed that its upcoming iOS-powered CarPlay dashboard features won't be limited to brand-new cars.

Pioneer announced the upcoming CarPlay support update via press release, and Apple later confirmed the news to The Verge.

The system is dependent on having an iPhone 5, iPhone 5S or iPhone 5C physically tethered to it.

Previous reports suggested that vehicle maker Mercedes-Benz was looking into aftermarket solutions for CarPlay support, but no one announced anything official until today.

CarPlay is being included right off the production line in 2014 vehicles including the Mercedes-Benz C-Class, Ferrari FF and Volvo XC90 SUV.

Honda, Hyundai and Jaguar Land Rover are also expected to include CarPlay in new vehicles soon.