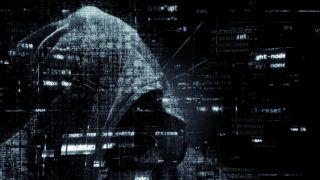 As technology continues to advance, so does the complexity and power of cyber attacks. Cyberwarfare is the latest trend in a long list to garner widespread attention, and it has shocked governments around the world with the covert threat it presents to infrastructure and businesses. This is why governments and businesses are working tirelessly to repel any attacks which might threaten their citizens and customers.

In recent years, the United States, Israel, and Ukraine have all claimed to have been targeted through cyberwarfare. All of these countries have also retaliated in a variety of ways. These attacks and retaliations, in combination with the recent rise in tensions between Iran and US, have governments on high alert. Although traditional kinetic warfare has dominated the events taking place, American cybersecurity firms and agencies, such as the Cybersecurity and Infrastructure Security Agency, which is the Department of Homeland Security’s computer security branch, has  warned customers and businesses to anticipate cyberwarfare attacks from Iranian sources.

The United States is concerned that they will now see a covert nation-state sponsored cyberwarfare effort made to destabilise and disrupt their IT infrastructure, rather than the more confrontational traditional warfare. For example, initial attempts made by individuals succeeded in replacing the home page of the Federal Depository Library Program with an image of a bloodied Donald Trump.

On the same note, in 2014 following comments made by billionaire, Sheldon Adelson, that the United States should use a nuclear weapon against Iran, a highly sophisticated cyber attack used destructive malware to wipe thousands of computers in Adelson’s Las Vegas Sands casino. Attempts made by groups with more resources could target crucial parts of infrastructures and cause serious damage. These scenarios are constantly being evaluated, with countermeasure options being taken into consideration by state officials.

The complexities of cyberwarfare

This is a complicated situation because it is difficult to determine the exact source of a cyber attack, and many groups will often claim that they were responsible, which further complicates the situation. The line between cyber and kinetic warfare is becoming increasingly blurred and if past events are any indication, both dimensions will become symbiotically linked and synonymous with war declarations.

Past state-sponsored cyberattacks on critical infrastructures that have been covered by mainstream media will likely be tagged as training operations performed by nation states in an attempt to acquire veterancy, much like war games are meant to practice tactics and ready troops for military confrontation. This complexity makes cyberwarfare an open form of “cold war” where two nation-states use proxies or covert tactics to wage war with each other while avoiding having to deploy troops and risk lives.

However, cyberwarfare can have real and very expensive implications, as Ukraine discovered when a group, widely believed to be under orders from the Kremlin, managed to bypass the endpoint security systems of the Ukranian power system and disrupted the electricity supply for the entire country. This was the first recorded successful cyber attack against a power grid and showcased the extensive damage that could be caused in a cyberwarfare situation.

The power to potentially cripple energy systems, banks and even targets of strategic military importance will be all the more devastating if it were to take place in a country that was also at kinetic war. A scenario in which a combined attack on key infrastructure points such as water distribution systems, banks, gas pipelines, and hospitals with a coordinated ground invasion could cause serious damage a nation.

Warfare in the next decade

In the wake of political tensions between states, it seems more prudent than ever to understand how warfare may look during the next decade. As cyber attacks and the technology and people behind them develop, defensive systems and governments opposing them need to ensure that their security infrastructure is capable of repelling any attacks. In an interview with the Telegraph in November 2019, former US paratrooper and current advisor to the Pentagon, Sean McFate argued that this is the future of warfare, “That’s the future of war, not tanks. It’s a way to reach into society and to erode it from the inside out. Who needs a blitzkrieg today when you can find fissures in society and expand them?”

Only a few months later we are seeing how realistic these insights were. Cyberwarfare avoids the physical toll and casualties, but in the end, it can be just as destructive and dangerous. Being able to peer into the infrastructure of a government through a computer monitor and bring it to a screeching halt is a truly disturbing vision. One that countless governments and agencies around the world are working to prevent as they help their nation-states employ cyberwarfare defences and initiatives that protect their businesses and their citizens in equal measure. Businesses must continue to plan for cyber attacks, security breaches, data loss, and system infection.

Those who might be caught in this crossfire should start by creating an incident response plan that addresses a wide range of attack scenarios dealing with breaches, infections and data loss. Coupled with comprehensive security solutions purposely built to secure everything from physical to virtual endpoints and servers, regardless of their location. Organisations need to have increased visibility across their entire infrastructure and environments in order to timely detect any potential intrusion. Timely deploying patches, updates, beefing up perimeter security defences, and cybersecurity training for employees in best practices are all recommended to minimise any potential data breach.

Swiftly deploying transparent solutions and training employees in the nuances of cyberwarfare will help to minimise the damage of any potential breaches. In the age of cyberwarfare, one where computers can be just as dangerous as tanks and guns, understanding this is a key insight for those who wish to fully protect themselves in the 21st century.