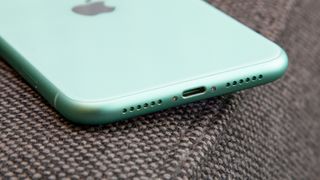 Aside from the obvious headlines, Apple’s results can be difficult to decipher. In its most recent quarter, it delivered record sales in excess of $91 billion and profits of $22 billion – figures that beat analyst predictions and sent the company’s share price soaring.

Given Apple started the year with its first revenue decline since 2016, it’s a remarkable turnaround. But figuring out what has caused this upturn is a more challenging task that leaves us reliant on educated guesses and insight from industry observers.

That the iPhone 11 contributed to the record results is obvious, with iPhone sales increasing from $52 billion to $56 billion over the past 12 months. It’s also possible to see that Mac sales have fallen by 3.5 per cent, while iPad revenues are down 11.2 per cent.

However the use of the wide-ranging ‘Wearables, Home and Accessories’ and ‘Services’ categories makes it difficult to identify the sources of growth and the overall success of Apple’s pivot toward services.

The idea was that if Apple could get existing customers to spend more on services, especially subscriptions, the need to encourage device upgrades would become less prominent. Apple would also be more insulated against market conditions and there would be less pressure to innovate.

Services revenue is up again, this time by 16.9 per cent to $12.7 billion. But because Apple doesn’t break down this figure, it’s difficult to see how each service is contributing to this goal. Is this App Store revenue or is Apple Music bringing home the bacon?

These results suggest hardware is still king. Apple responded to the confusing nomenclature of the iPhone XS / XR range by making the entry level iPhone 11 its flagship device. On top of this, it included camera technology that was a match for anything on the market. It’s no surprise that sales are up.

‘Wearables, Home and Accessories’ revenue increased by a staggering 37 per cent to $10 billion – however it is impossible to get an official figure on individual product lines. It is thought that the affordability of AirPods and Apple Watch devices has contributed significantly, leaving the performance of the Apple HomePod and Apple TV – devices positioned as vehicles for Apple Music and Apple TV+ subscriptions - a mystery.

There’s no doubt that Apple’s services strategy will likely bear fruit in the future, encouraging loyalty in a subscription-based economy. Indeed, Apple’s new services are priced aggressively in order to establish market share, fend off competition, and guard against subscription fatigue.

New iPhone purchases are also rewarded with a free year of AppleTV+ and Apple CFO Luca Maestri has declared revenues so far to be “immaterial.” Deferred revenues and greater market traction will see services income rise significantly over the next 12 months.

But after a difficult period, exacerbated by economic conditions, it appears as though the formula for hardware growth was as simple as innovation and greater affordability.