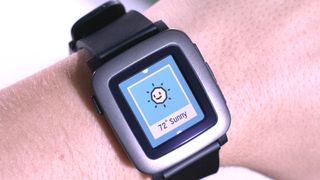 Pebble has just announced its new watch, the Pebble Time. But it's not just getting an overhaul in its physical appearance - the software is being revamped as well.

Timeline, Pebble's new software, will organise your notifications, alerts, messages and apps in a chronological, scrollable 'timeline', which should make it harder to miss anything that pops up. Think of it as Pebble's Google Now.

But the best news is that this feature is coming to the existing Pebble and Pebble Steel too. When? Pebble says the date is currently "TBD" but has confirmed it's definitely on its way.

Although it has its merits, Google's Android Wear still hasn't nailed notifications, and there's no guarantee that the Apple Watch will either. This could be Pebble's time to really shine.