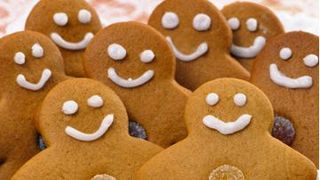 Over half of all Android users are still using the ancient 2.3 Gingerbread operating system, new figures from Google have confirmed.

The new data, which registered the OS of devices accessing the Google Play store over a 14-day period, displays a whopping 54 per cent stuck on Gingerbread, which has been around since 2010.

A quarter of Android users have access to Android 4.0 Ice Cream Sandwich, but only 2.7 per cent of the Android community are running the new 4.1 Jelly Bean operating system, launched this summer.

Indeed, more users are still on the Old Testament-style Eclair 2.1 (3.1 per cent) and Froyo 2.2 (12 per cent) software than are running Google's latest and greatest version of Android.

The figures reflect a problem Google has endured with Android since the early days.

The operating system is dreadfully fragmented and does not provide a consistent, top-level experience for the vast majority of its user-base.

Unlike Apple, which rolls out its OS updates all at once to users of all iPhone, iPad and iPod touch devices (except for those ancient models) Google must rely on manufacturers and networks to vet and tweak the new software on hundreds of different models before new versions of Android become widely available.