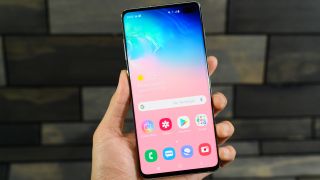 Samsung has announced a shake-up in its mobile leadership as it gears up for the launch of the Galaxy S20.

The company revealed that Roh Tae-moon will be taking over leadership of its mobile division, with DJ Koh moving to look after Samsung's IT and mobile communications division.

Roh, who joined Samsung in 1997, has played a key role in helping establish the company's Galaxy S series as a world leader, with millions of devices sold around the world.

51-year-old Roh is currently Samsung's youngest-ever president, and has been hailed for his role in cutting costs within the company by leading a push to outsource some production to China.

Samsung is expected to launch the next iteration of its flagship smartphone at an event in San Francisco on February 11th.

The company will be hoping the much-rumoured Galaxy S20 will help it fight back as it faces increasing competition from a growing number of Android manufacturing rivals.

Roh has been tasked with helping grow Samsung market share in the hugely lucrative markets of China and India, where the company has struggled against the likes of Huawei, Oppo and Vivo.

Along with his promotion, Samsung also revealed that CEO Kim Hyun-suk will no longer lead its consumer electronics business unit, but will retain his positions as division head and Samsung research lead.