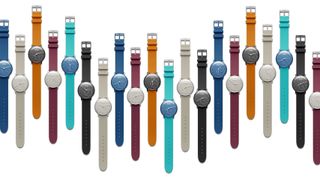 President of Nokia Technologies Gregory Lee is to leave the company following the sale of its health division after just a year in the role.

Lee joined from Samsung where he was the CEO for North America and it was his decision to divest Nokia Health, which was formed from the 2016 acquisition of Withings, so Nokia could focus on its network equipment and licensing businesses.

For example, Nokia has a licensing agreement with HMD Global, which produces phones under the Nokia brand.

"Gregory came to Nokia, made a clear-eyed assessment of our consumer business and incubation activities, and took the bold decision to refocus Nokia Technologies on licensing," said Rajeev Suri, Nokia CEO.

"As part of that effort, he assessed strategic options for Digital Health, which led to the sale of that business. Given that, we have agreed that his work at Nokia is done. He leaves the company with my great appreciation and thanks."

“I am proud of the fact that I leave Nokia Technologies as a stronger and more focused organization, strategically aligned to make a meaningful impact on Nokia's business performance,” added Lee. “I am thankful for my time at Nokia and wish the team continued success."

Nokia Health has been sold to Eric Careel, who was the co-founder of Withings and has pledged to return the brand to the market.

The acquisition was an unsuccessful one for Nokia, whose rebreand failed to gain traction with consumers and even upset some existing ones. In 2017 there was a backlash from users who disliked the changes made to the Health Mate application.

Lee will be replaced by current Chief Legal Officer Maria Varsellona who will combine both roles going forward.