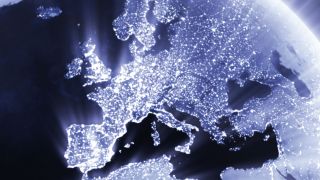 Intel has used MWC 2016 to announce four industry collaborations with mobile network providers and hardware manufacturers that will test the viability of 5G communications.

The chipmaker is extending its current partnership with Ericsson to conduct new trials around network transformation, cloud and Internet of Things (IoT).

In another trial, it will work with SK telecom on new radio access technologies and joint solutions for Licensed Assisted Access (LAA) in unlicensed spectrum bands. Finally, Verizon and Intel are to conduct field trials for 5G wireless solutions through the Verizon 5G Technology Forum. They will demonstrate how millimetre wave spectrum can allow for fast wireless connections to homes and businesses.

Intel also plans to team up with Korea Telecom to kick off joint trials in 2018 that will focus on the development and verification of 5G wireless technology and devices, virtual network platforms and joint standardisation efforts.

Speaking to journalists, Aicha Evans, general manager of Intel's Communications and Devices Group, said that infrastructure and mobile network providers have a part to play in helping 4G's successor off the ground.

She said: "Communications are not going away, and we believe it's our responsibility as an ecosystem to make the networks ready [for 5G]. It's about getting together and making sure we're developing trials, prototypes, and taking advantage of major events that are going to present an opportunity to demonstrate the tech."

In contrast to 4G, which was mainly concerned with increasing speeds, Evans said that 5G will be focused on supporting "more than 50 billion devices" expected to connect to networks - from IoT devices to smart meters, robots and consumer technology - in the next few years.

She said: "When we look at 5G, it's not just about a faster connection - it's about getting everything in place so that when devices are coming onboard we're ready, with all the major players pulling in the same direction."

Evans added: "We feel that we are living in a world that's becoming increasingly smart and connected, and this is both in the consumer space as well as the enterprise. From self-driving cars to drones to robots, smart cities and agriculture, basically this is the next era.

"5G networks and devices are essential to delivering on that promise, and we think they're going to be absolutely necessary."