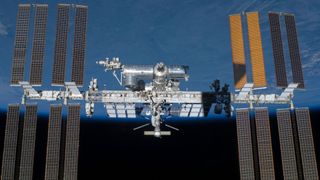 A 3D printer has been used to produce artificial meat on board the International Space Station, again showing just how diverse – and potentially useful – the applications of 3D printing can be.

The ‘bioprinter’ on the ISS not only produced beef, but also replicated rabbit and fish tissue by a process involving magnetic fields in microgravity.

As AFP reports, this experiment was performed by cosmonaut Oleg Skripochka in the Russian segment of the space station, although the project is a collaboration between Russian, US and Israeli companies.

The printer itself was made by 3D Bioprinting Solutions, a Russian laboratory for biotechnological research (which was founded by Invitro, the largest private medical operation in Russia).

Long-serving cosmonaut Oleg Kononenko told AFP: “If we're going to fly further from Earth to other planets in the solar system, we can't take that volume of food with us. In any case we will have to grow and produce food on-board the spaceship.”

Kononenko added: “I think progress is developing very quickly, science and knowledge, and I think this will be within our lifetimes.”

The Roscosmos space agency, which partially financed this project, described the experiment as successful and a ‘good result’, although noted that more sophisticated hardware would be needed to create a larger mass of cells – in other words, more than just a nibble.

Although all this is seen as something of a PR stunt by some, it seems like genuinely interesting stuff, and part of the aim, as clarified by Aleph Farms – the Israeli company involved in the experiment along with 3D Bioprinting Solutions – is that this shows such ‘slaughter-free’ artificial meat can be produced anywhere.

And that could have big ramifications for our planet, meaning that meat could be produced in even the harshest conditions with no need for water, viable land, or anything else used in traditional farming – plus such production would have a minimal environmental impact, too.

And in another space-related development for 3D printers, Relativity Space is an LA-based startup 3D-printing entire rockets using giant machines with robotic arms, driven by machine learning algorithms. The latter means the 3D printer learns from its errors to get better.

The eventual goal is to build rockets to transfer infrastructure to the surface of Mars, and even build stuff on the red planet.