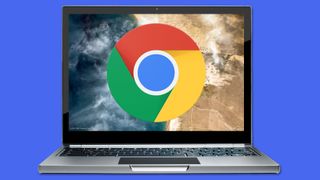 Quantum computers are coming, theoretically promising hugely powerful machines in the future, but Google is thinking about how all that power could be used for nefarious ends – which is why the company is already beginning to bolster the cryptographic chops of its Chrome browser.

Yes, it's certainly a consideration that quantum computing won't just be a benefit, and cybercriminals will be using these sort of machines as a powerful resource, with the potential to crack open security measures such as TLS (Transport Layer Security), the protocol used by 'https' websites.

And while the reality of quantum computers is still a long, long way off – and not even a certainty to ever be fully realised – Google is worried enough about the prospect to kick off an experiment in what it calls 'post-quantum cryptography' with Chrome.

Essentially, what Google's doing is taking a "small fraction" of the connections happening between its servers and desktop Chrome browsers out there, and beefing these communications up with a 'post-quantum key-exchange algorithm' in addition to the algorithm that would normally be used.

Because the existing algorithm is still being used, this doesn't weaken the browser's security levels in any way, and allows Google to safely test out these post-quantum measures.

The fresh algorithm may turn out to be defeated by contemporary computers, but the hope is that it will prove secure, and the basis of a defence against the potential quantum computers of tomorrow.

Something better this way comes

In a blog post, Google wrote: "Our aims with this experiment are to highlight an area of research that Google believes to be important and to gain real-world experience with the larger data structures that post-quantum algorithms will likely require."

The company further noted that it had no desire to make this algorithm a "de-facto standard" and that this experiment is only designed to run for two years at the most, whereupon the idea is to replace it with "something better".

The post-quantum algorithm, which has been dubbed 'New Hope' (big surprise – someone at Google is a Star Wars fan), is now live (on a limited basis, as mentioned) in Chrome Canary, the preview of the browser aimed at developers and early adopters.

Quantum computers are vastly more powerful than traditional machines, as they use qubits (quantum bits) which can have more than two simple states (0 or 1).

They're still very much in the early stages of development, and although companies like IBM already have the likes of a five-qubit quantum computer up and running, scaling development up will be a big challenge to say the least.