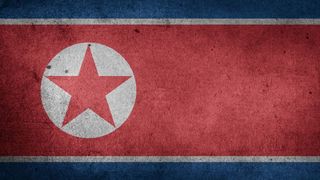 Chinese telecoms giant Huawei worked together with the North Korean government to build and maintain its Koryolink commercial wireless network according to a new report from the Washington Post.

Documents obtained by the publication reveal that the firm partnered with China's state-owned Panda International Information Technology on projects in North Korea for at least eight years, beginning when the late Kim Jong Il visited the company's headquarters back in 2006.

Huawei was responsible for providing cellular infrastructure, network management and encryption while Panda provided software and also transported Huawei gear to the country.

Koryolink allowed North Korea to spy on it citizens with interception gateways that let law enforcement intercept calls, texts, data and faxes sent on the network. Meanwhile government elites used North Korean made encryption to prevent their conversations from being monitored. According to the Post's report, Huawei was asked to test how well the encryption functioned while Panda provided supporting software.

A spokesperson for Huawei told the Post that it “has no business presence” in North Korea though they would not say whether the Chinese firm had worked with the country in the past. The company no longer maintains Koryolink as it was replaced by the ZTE-supported Kang Song network which launched in 2013.

If working together with North Korea wasn't bad enough, Huawei may have also broken laws and sanctions against the country while doing so. Experts believe that the firm's 3G gear used for Koryolink also included at least some US components. Back in 2014 Panda was banned from receiving equipment from the US and as a result, Huawei may have violated the American export ban if any of its equipment included at least 10 percent of components from the US.

The Chinese firm also tried to keep its work in North Korea secret by giving the country the codename “A9” in its official documents. While working with Iran and Syria, Huawei used similar codenames to avoid detection.