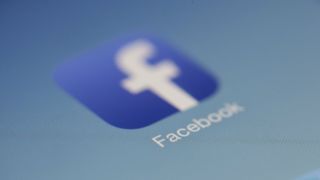 Facebook is set to face a $5bn fine following an investigation into the Cambridge Analytica data-stealing scandal.

The punishment comes from the US Federal Trade Commission (FTC), which has been looking into the incident since it was revealed by whistleblowers in 2018.

The $5bn fine was approved by the FTC in a 3-2 vote, but still needs to be cofnirmed by the civil division of the Justice Department. If approved, it will be the largest punishment ever dished out by the FTC to a technology company.

The FTC began investigating Facebook back in March 2018 following worldwide outrage after it was revealed by whistleblower (and former CA employee) Christopher Wylie that Cambridge Analytica had accessed the data of tens of millions of Facebook users.

Users taking a personality quiz via an app on the site had their data collected by Facebook, but the company also recorded the public data of their friends - with around 87 million users thought to be affected despite only 305,000 users installing the quiz app.

This data was then sold to Cambridge Analytica, which allegedly then used it to psychologically profile US voters and target them with material to help Donald Trump's 2016 presidential campaign.

Neither Facebook or the FTC has commented on the decision, but the social media giant had said earlier this year it was anticipating a fine of around this amount, and had adjusted its financial performance expectations as such.

Facebook was fined £500,000 by the UK's data protection watchdog back in October after the ICO said the company had allowed a "serious breach" of the law to take place.