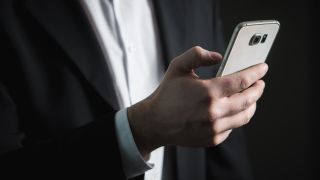 Russia has passed a new law which bans the sale of certain devices unless they come pre-installed with Russian software.

The law is expected to go into effect in July 2020 and it covers smartphones, computers and smart televisions. Supporters of the legislation argue that its aim is to help promote Russian technology while also making it easier for Russian consumers to use the devices they purchase.

However, there are also growing concerns that Russia could use the law for increased surveillance of its populace and that it might lead device manufacturers to no longer sell their products in the country.

Devices from other countries can still be imported and sold in Russia but the country's software will have to be installed on them alongside their normal software.

Co-author of the bill, Oleg Nikolayev explained to Interfax news agency that the law would help promote competition in Russia by giving consumers domestic alternatives to Western apps, saying:

"When we buy complex electronic devices, they already have individual applications, mostly Western ones, pre-installed on them. Naturally, when a person sees them... they might think that there are no domestic alternatives available. And if, alongside pre-installed applications, we will also offer the Russian ones to users, then they will have a right to choose."

Manufacturers and distributors in Russia have criticized the new law and the Association of Trading Companies and Manufacturers of Electrical Household and Computer Equipment (RATEK) said it will not be possible to install Russian-made software on some devices.

While pre-installed Russian apps on devices could be beneficial to the country's consumers, the security implications as well as the logistics of pre-installing Russian software will likely be a huge burden for device manufacturers to overcome.