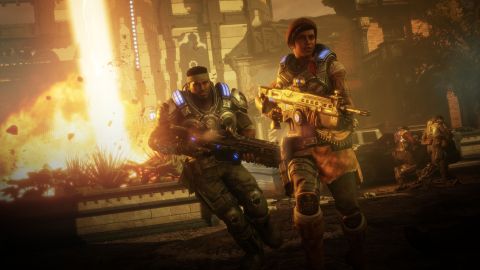 If you’re an Xbox One or Windows PC gamer, there’s no doubt in our mind that Xbox Game Pass has a lot to offer you. With the library growing month by month, a big year of first-party releases, and even a new Xbox Series X console on the way, we can’t wait to see what happens next.

Xbox Game Pass has set a new standard for value in this console generation, and is now arguably essential for players on both Xbox One and PC as a subscription service for Xbox games new and old.

Its ‘Netflix for Games’ moniker isn’t as outlandish now as it seemed back at launch – in 2017 – with the service offering a standout selection of Xbox games for a reasonable monthly price.

The service is set to celebrate its third anniversary this coming June, and it’s apparent that Microsoft has taken many steps to improve Xbox Game Pass in that time.

Unlike PlayStation Now (which streams the majority of its library), Xbox Game Pass allows users to download hundreds of games to their console in an all-you-can-play buffet – although with Project xCloud reaching more and more customers, streaming might not be too far away.

Perhaps most impressive is Microsoft’s commitment to the service, with brand new, first-party titles like The Outer Worlds and Gears 5 launching into Game Pass – and the incoming Halo Infinite set to join them on its launch day – making it the cheapest way to play some of the biggest new releases on Xbox One. That’s alongside third-party heavyweights like The Witcher 3: Wild Hunt and Grand Theft Auto V being added to the service over the last month.

Not sure if you need it? You'll find everything you need to know about its pricing, interface and games in this Xbox Game Pass review.

What is Xbox Game Pass?

Xbox Game Pass is Microsoft’s monthly subscription service that offers a smorgasbord of first-party and third-party titles that you can download and play to your heart’s content, both on Xbox One and PC.

You can get both Xbox Game Pass and Xbox Live Gold – the latter of which grants access to online play and a separate selection of free games every month – within the Xbox Game Pass Ultimate subscription, which costs a slightly higher $15 / £10.99 / AU$15.95 per month (full pricing options below).

Players can earn achievements through Game Pass titles as usual, and there are even backwards-compatible titles included too – meaning you can jump into some of the last generation’s finest games that you may have missed.

A Game Pass membership also offers discounts on any à la carte purchases made – meaning if a game is leaving the service, you can snag it for a cheaper price and keep it forever. The DLC and add-ons of the games in the Game Pass library are also discounted.

When you compare that to PlayStation Now (and PlayStation Plus), Sony’s latest price drop for the streaming subscription makes things competitive.

Unlike PlayStation Now, Game Pass isn’t siloed away in an app on Xbox One consoles. While it used to appear as a tab in the top of the screen, the most recent update pushes it underneath your recently-played content.

Hovering over the option shows the most popular titles (often including Minecraft) as well as recently-added games. Entering the Game Pass menu will offer up curated suggestions, organized by game genre, such as shooters or indies.

There’s also a list of quests, which essentially act as challenges that earn points across Game Pass titles. They’re usually linked to earned achievements, and can then be redeemed on gift cards from the likes of Microsoft, Tesco, Argos, and more.

You can also find a full list of games included in Xbox Game Pass by heading to the “My Games and Apps” page and finding “Game Pass” in the sidebar. That way, you can flick between installed and available titles with the shoulder buttons, as well as spot new additions at a glimpse at the top of the screen.

Selecting any game will provide a description, an indication of the size of the game file, and the option to visit the Game Club – where you can follow other players’ experiences of playing the game. You can also head straight to the game’s store page, or install it – which can take anywhere from 10 minutes to two hours depending on the size of the file and the speed of your internet connection.

As you can imagine, it’s not as instantaneous as jumping into a streaming session on PlayStation Now, but it does offer greater stability by keeping the game running locally (from your hard drive).

Overall, it’s nice and easy to navigate, but those with a slower internet connection might want to consider using the Xbox Game Pass app on their mobile devices. Why? As long as your console is designated as your gamertag’s “home console”, you’ll be able to preload games from your commute, office, or friends house – which hopefully will save you waiting too long to play.

On the PC, the Xbox Game Pass application is still in beta – and you should expect some lag and the occasional crash – but it operates in mostly the same way as its console counterpart, with some nice auto-play trailers when you hover over a game too.

Classic Xbox 360 titles like Bayonetta, Elder Scrolls IV: Oblivion, Fallout 3 and all three Fable games help pad out the library, and you’ll see more games added every few weeks. The release schedule seems to be pretty sporadic for the most part, but it certainly adds to the surprise of seeing what’s coming down the pipe.

In fact, 2020 might be Game Pass’ biggest year yet, with Ori and the Will of the Wisps coming to the service at launch – February 11 – and Flight Simulator, Minecraft Dungeons, Halo: Infinite, Wasteland 3 and plenty more set to come too.

We also know that most of the Final Fantasy titles are coming, alongside a number of Yakuza titles that were previously PS4 exclusives – including Kiwami and Kiwami 2.

On PC, there are a little over 150 titles available to play, with many more due in 2020 – including those we’ve already mentioned. If you’re jumping into the service now, you’ll find critical darlings like Dishonored 2, Hatoful Boyfriend, and Slay the Spire – plus plenty of Play Anywhere titles like Forza Horizon 4 and Halo Wars 2 that can can play on either Xbox or PC.

The catalogue here doesn’t match the breadth of PlayStation Plus, but we’d argue that Microsoft’s service succeeds in prioritizing quality over quantity.

It’s worth noting that, while games are cycled out of the service, this is communicated well in advance on the dashboard itself – so you have the opportunity to buy your favorite Game Pass titles at a discount before they disappear from the platform.

Being able to download straight to your console, earn achievements, and play in multiplayer sessions with friends as if you own the game is a big boon, with none of the input lag that comes from streaming.

The ability to download remotely is a huge time-saver, too, particularly those without the bandwidth to install something instantly. Just make sure you have enough space on your hard drive for everything you want to play.

While streaming won’t suit everyone, the advantage of PlayStation Plus is that you can dip in and out of games for a quick taste without doing lengthy game installs – something that Games Pass doesn’t offer, even if we’d imagine this kind of functionality is coming as part of Project xCloud.

The comparatively small content library may make some wary too, though we think it’s already a decent offering.

Xbox Game Pass (and Game Pass for PC), has grown into one of the primary pillars of the Xbox ecosystem, and for good reason.

The service offers an incredible amount of value, particularly for players who upgrade from Xbox Live Gold to Game Pass Ultimate for just an extra $5 / £4 / AU$5 per month to have access to a wealth of titles.

With Project xCloud streaming bringing the massive library over to any device you can dream of (at least once it’s fully released), Microsoft could theoretically get non-Xbox owners on board – even if Google Stadia is a bit ahead in that regard.

If you’re an Xbox One or Windows PC gamer, there’s no doubt in our mind that Xbox Game Pass has a lot to offer you. With the library growing month by month, a big year of first-party releases, and even a new Xbox Series X console on the way, we can’t wait to see what happens next.