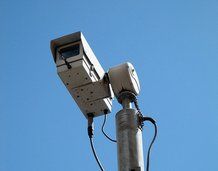 New ID cards - is it one Big Brother move too far?

Home Secretary Jacqui Smith is to announce today that Manchester has been chosen as the first city in the UK to host ID cards.

The initiative set up by the government will eventually cost the country £5 billion and has been met with criticism from both the Conservatives and Liberal Democrats, with both parties calling for the scheme to be scrapped.

Speaking to BBC Radio 4 programme, Shadow Home Secretary Chris Grayling was unsurprisingly critical of the voluntary rollout of the cards, saying: "The government's plans are quite clearly for a compulsory ID card scheme in the end."

Smith, however, is pushing ahead with ID cards, believing that they "will deliver real benefits to everyone, including increased protection against criminals, illegal immigrants and terrorists."

The ID card initiative will begin in Manchester this autumn, with each card costing volunteers £60. This breaks down as £30 for the card and £30 for acquiring the data.

The government hopes that everyone applying for a UK passport by 2012 will have an ID card, with a full rollout pencilled in for 2017.