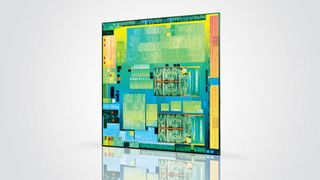 "Things tend to happen in cycles", Jennifer Healey, research scientist at Intel, remarked at the beginning of our interview. Thin clients attached to mainframes became fat clients, who tend became hooked to the cloud to become thin again (think Chromebook) and while sensors are "thin" for now, their realm - commonly known as the edge - is likely to become more powerful.

And it couldn't happen sooner according to Healey. The Internet of Things gives the end user insights into things. Yes it does get rid of serendipity but it's always optional.

The combination of access to data and predictive intelligence is a boon for businesses and humans are very much actively involved in the process, either as receivers or designers.

"The Internet of Things is all about offering", Healey quipped. "But more intelligence is needed at the edge," she quickly added.

An army of sensors

Like in a human organisation, the rise of employees often means adding layers between the boss and the army of lower-ranked staff. The same is likely to happen for the edge where the middle manager would essentially sift through data sent by the sensors and decide whether stuff would need to be sent back to the cloud (or clouds).

Simplifying big data also helps to mitigate the looming storage shortage crisis that a Seagate VP mentioned last year. The majority of data can be kept off the big cloud and locally distributed while being accessible to the big cloud when needed.

"The cloud and the edge need to work closer," she said, before noting that there is a general tendency to oversimplify the edge. Bringing the compute closer to the sensors means that there is no need to constantly send data to the cloud.

That reduces or eliminates latency and introduced nuanced decision making at the edge about whether to send some details or not to the cloud.

That in turn will increase the complexity of solutions at the edge. That dovetails nicely with the messaging Intel had when it launched the Xeon D a few days ago.

"Extending intelligence to the edge" via edge routers, wireless base station, network and security appliances as well as entry level SAN and NAS is on Intel's roadmap.

In the industrial segment where, Healey, a former Windriver alumni, hails from, that's taken care by the "Moon Island" family, powered by the Quark X1020D.

As for the massive rise in data being processed at the edge, she reckons that it will make users become …. edgy.

"People will become more picky and strategic about what they send to the cloud", Healey noted. Interestingly, the same point was raised by Ian Drew, the CMO and VP Business Development at rival ARM during his keynote at CeBIT later that same afternoon.

Drew used the recent announcement of a cloud-connected Barbie launched by Mattel to highlight the responsibilities shared by cloud service providers when it came to privacy and security.