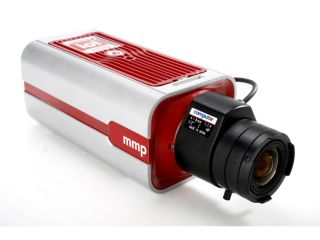 Security cameras are everywhere, but who's watching them all?

Whatever your opinion of the ever-increasing number of surveillance cameras pointed at us, their proliferation creates a tricky logistical problem for those doing the watching. How do we make sense of the information overload of so much video?

Hitachi has come up with an answer that uses artificial intelligence to analyse what the CCTV cameras are seeing and prioritise just a handful for close human inspection.

The system [Subscription link] takes feeds from up to 100 online cameras and passes them to a personal computer for image processing and a central server for the meatier task of searching through video archives for comparable footage.

Together, they pull out the four most important video streams and display those on a monitor at high resolution, while the remainders appear as small thumbnails.

Face-recognition software is employed to see if known troublemakers appear in live video, while behaviour-analysis software looks out for likely problems, such as loitering, erratic movements and unusual noise levels.

Best of all is the data load, which is kept down to around 70Mbit/s by selecting just four main streams. Other 100-camera systems typically consume 10 times the bandwidth and cost much more than the ¥10 million (£47,000) Hitachi is asking for.