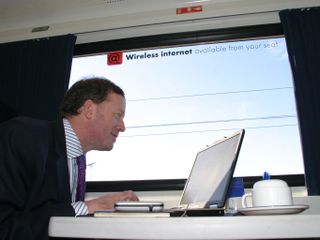 Researchers at IBM and wireless chip manufacturer MediaTek have come up with a technology that's 100 times faster than the current Wi-Fi specification.

The new protocol is designed to make the most of the 60GHz spectrum, according to News.com, and the two companies want to have something on the market within three years.

This super Wi-Fi would even wipe the floor with the forthcoming 802.11n standard, which effectively quadruples 802.11g performance. A network such as the one proposed by IBM would be able to transfer a couple of gigabytes in a second.

IBM is the brains behind the project's radio technology, while MediaTek is working on ways to process the files at either end.