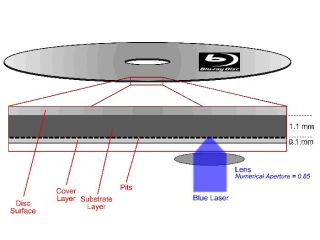 Posters on the AV Science Forum in the US are reporting disc rot in Blu-ray titles bought just a few months ago.

The flaws - which show up as hundreds of tiny specks on the disc surface - chiefly affect just one title: The Prestige, featuring Scarlett Johansson, Hugh Jackman and Michael Caine. The specs render the disc unplayable.

Whether this is an isolated incident, or implies something more serious for the Blu-ray format, it's too early to tell. Disc rot isn't a new phenomenon either - CDs, DVDs and LaserDiscs have been affected by such flaws in the past.