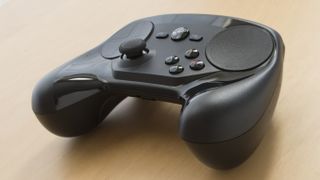 As of today, Valve’s Steam Controller and Steam Link are both finally available to purchase in Australia at EB Games, as spotted by Kotaku.

Unfortunately, you’ll have to pay quite a markup to purchase both locally, with each device listed on the EB Games website at a rather salty $89.95.

To put this 'Australia Tax' into context, you can currently grab the Steam controller from Amazon (with shipping) for AU$58.48 – that’s over $30 cheaper.

The Steam Link, which is unfortunately out of stock on Amazon, is currently going for US$19.99 thanks to Steam’s 60% off sale (it's usually priced at US$49.99). Had it been in stock, you could’ve imported both devices to Australia for less than the cost of either device purchased on its own from EB Games.

Though previously listed with US pricing on the Steam store, both the Steam Controller and Steam Link pages on the site now direct Australian customers to EB Games.