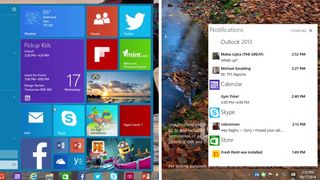 Microsoft is almost ready to pull the latest Windows 10 PC build out of the oven for its eager user base as it builds on the current 9926 build.

Gabriel Aul, head of the Windows Insider program that includes Windows 10, answered a tweet asking about when the next PC build of Windows 10 will be on the way and explained that, though a new PC build won't arrive in the next seven days, "another WU update" is on the way this week.

He then reiterated that the next PC build of Windows 10 will hit machines "faster than the time between 9879 and 9926", which was around two months, and there are still some optimistic folks that think a new build is on the way this month.

Microsoft released the Windows Phone 10 Technical Preview last week and having it available on all platforms is key to its strategy going forwards.

In terms of when Windows 10 will be baked into new PCs for the first time, it's expected its release to manufacturers will happen at some point in June to be ready for new customers purchasing machines in the busy back to school period in August.