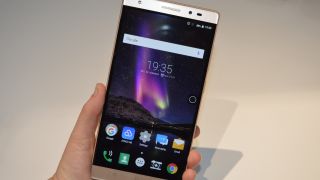 Lenovo and Microsoft are partnering up to put the latter's productivity apps on the former's Android devices.

In other words, selected Microsoft apps – which include Office, Skype and OneDrive – will soon start popping up pre-installed on Lenovo's 'premium' Android devices.

In announcing the partnership, the companies also noted that the deal includes a patent cross-licensing agreement which will allow for the usage of Microsoft's intellectual property on both Lenovo and Motorola hardware.

Redmond certainly hasn't been sluggish when it comes to leveraging its IP, and the software giant took the time to remind us that since its IP licensing program kicked off back in 2003, it has sealed over 1,200 licensing agreements.

Nick Parker, corporate vice president OEM Division, Microsoft, commented: "Microsoft's thrilled that our productivity apps will be pre-installed on Lenovo's premium devices. The marriage of Microsoft's apps and Lenovo's Android-based devices will enable customers around the world to be more productive, more connected and achieve even more."

In other recent Microsoft news, yesterday we witnessed the company acquiring chatbot startup Genee, a digital assistant that helps you manage your meetings more effectively. We can doubtless expect Genee's skills to be applied to Office 365 soon enough, although exactly how it will be incorporated into the suite, and how it will fit with the freshly revealed Microsoft Bookings, isn't clear at this point.