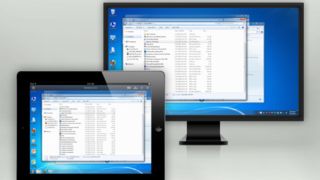 At the weekend, it emerged that Citrix's GoToMyPC service has been hit by some form of attack, necessitating all users to reset their passwords to ensure accounts aren't compromised.

News of the incident first emerged on Saturday, and there was a further update from Citrix yesterday, with the company announcing that its remote PC access tool had been hit by a "very sophisticated password attack".

Whether this was an outright hack of the firm's own systems, or spillage from a third-party breach wasn't made clear, although you can only assume it was the former – because if there was any suspicion of the latter, it would probably have been mentioned.

No indication of how many users were potentially affected was given.

Citrix's security team called for a password reset across the user base, so if you've not logged in since the weekend, you'll need to perform the reset before you can use the service again.

Citrix advised: "To reset your password please use your regular GoToMyPC login link." Furthermore, the firm noted that you should use a strong password for the new one, including a mix of characters preferably with some capital letters and symbols.

It's also worth noting that GoToMyPC offers two-step verification, so it might be worth setting that up with a view to protecting your account against similar attacks in the future. In all honesty, wherever some form of two-factor authentication is offered, you should really set it up, what with the increasing amount of hack attacks and breaches happening these days.

Back at the start of this month, TeamViewer users also suffered compromised accounts, although in this case the company claimed a hack was definitely not the cause, and rather the breaches were down to the same passwords being reused across online accounts (with the password being discovered via a breach of another company).