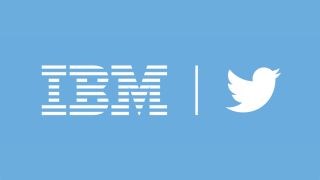 IBM has revealed the first fruits of its partnership with Twitter. In their first joint effort, the companies combined the social network's huge firehose of data with its extensive Bluemix cloud analytics platform.

Now IBM has announced over 100 firms have already taken advantage of the partnership to use its Insights for Twitter service on Bluemix. This in turn allowed businesses to bring Watson analytics into their applications in order to better understand the attitudes of their customers.

IBM gave two such examples of the service in action. One demonstration showed how a grocery store manager can use Watson Analytics built into Twitter to understand what customers expect from the store by looking at tweets and making sure that the store delivers on both products and service.

Another example showed how analysts at a global bank have been able to scan and monitor Twitter conversations on a range of different topics such as conversations on specific companies using an app built on Bluemix that brings in Twitter data.

IBM gets its own insights

IBM also found three social insights for itself from the 100+ early adopters. IBM reported that even though the economy is global we are all still very local. For example, employee turnover within retail businesses directly affects the most loyal consumers.

Twitter, meanwhile, proved to be an effective demand signal for the apparel industry, as individual comments can create an effective picture for worldwide trends.

Over 4,000 IBM professionals have already been trained to access Twitter data through the Bluemix platform and are now proficient in enriching Twitter's data with analytics capabilities from IBM industry solutions and cloud-based services.

IBM is not alone in offering insights from social media data and has rivals including Adobe, Oracle and Salesforce as well as a range of startups like DataSoft. Though what IBM has over other competitors is a brand of analytics that pulls in data from such a wide range of sources will persuade businesses to use its service above all others.