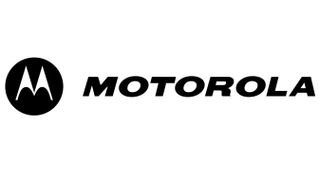 Microsoft is readying itself for the next round of court battles, as it fires off another patent lawsuit aimed at Motorola and its owner, Google.

The case could not only affect Motorola's phones in Germany, but how its people use Google Maps as well.

The lawsuit claims the Razr maker violated a patent for taking one set of map data and overlaying it with another set of map information. For example, overlaying data of street geography with information about what businesses are on that street.

All digital maps overlay multiple sets of data now-a-days, so Google and Motorola will have a hard time circumventing the patent if they lose.

However, the beginning rounds of this court case did produce a bit of surprise. At today's hearing, Microsoft announced it will add Google to the list of defendants in the case. This is the first time Google is directly involved in the Microsoft/Motorola matter.

Microsoft usually fights its patent battles with proxy companies like Motorola. So the case presents a unique opportunity to watch the two tech giants duke it out in the same patent lawsuit.

Motorola is one of the few Android makers who doesn't pay a licensing fee to Microsoft for the mobile OS, unlike HTC and Samsung. Meanwhile, Microsoft takes a cut on half of all Android phones sold.

This is just the latest round of court skirmishes between the two companies. Microsoft has won three cases resulting in German sales bans of Motorola smartphones including the Droid Razr, Droid Razr Maxx and the Motorola Atrix.

What's more, the German court ruled Motorola infringed on patents involving a FAT file system, a SMS patent and one that described a method of handling communication between the keyboard and applications.

But, Motorola was cleared last week in a case involving a radio interface patent.

We'll see how this case affects the Motorola vs Microsoft scoreboard as the Germans mull over multiple map issues.