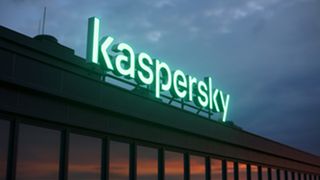 It’s fair to say that the past year or so has been somewhat tricky for Kaspersky.

The cybersecurity giant has endured huge amounts of scrutiny following continued US accusations that the Russian government was using its products for state-sanctioned espionage.

Now, with the company announcing a rebrand that drops the ‘Lab’ from its official name, Kaspersky is looking to get back out into the market and regain the trust of customers across the world.

"It's been a challenging last 18 months for Kaspersky in the UK and across the globe - but as we know now, and always did, these are completely unfounded and unwarranted claims," Chris Connell, the newly-appointed head of UK & Ireland for Kaspersky, tells us.

Connell joined Kaspersky back in March following 15 years at hardware firm Ingram Micro, and is keen to spread the word about the company’s fightback following a year in somewhat of the doldrums.

"If I look at the UK for Kaspersky, we've kind of lost touch" he says, “we need to take our partnerships to the next level.”

Connell is targeting rebooting Kaspersky’s channel performance as an immediate priority, particularly pursuing those former customers who were forced to drop working with the company following the US accusations.

“We’re already perceived as a great brand, with great technology, and now we’ve got the opportunity to really get out there,” he says,

“And the fact that now that we're getting through this geopolitical stuff and turn the corner, we're going to start making an impact to get that market share.”

Connell is also hoping to build out his staff, noting that people are now wanting to work for Kaspersky again, with recruiting across the SMB and enterprise sales sectors another immediate goal for the business.

“People know our technology is great, and now they want to be part of the Kaspersky story,” he says.

“We as a team need to really learn by listening to our partners, listening to our customers in the world of enterprise. Understanding needs, understand what things are like and deciding what products we need to focus on and what strategy we build to work together.”

Going forward, Connell wants Kaspersky to become a “trusted adviser” to its customers and partners, whether old or new.

“We’re actually going to listen to what is keeping these guys awake at night,” he says, “looking at what it is they need to do to protect themselves or their organisations, and take a different approach to how we have been in the past”

"It's our responsibility to be educating enterprises that it's not just about protecting your infrastructure ie. your servers or network...it's trying to educate them in a positive way, not to be scared to admit you need to change.”

“I strongly believe that once we get our foot in the door, and actually get in front of these people to talk about our technologies, Kaspersky will just keep taking market share.”

The job ahead may be a challenging one, but Connell says he and his team are up for it. Despite not being number one in terms of sales at the moment, he says that Kaspersky’s technology can be the differentiator.

However with the sheer scale of products the company has to offer, there is a need to be more focused and targeted, with UK customers often being more discerning in terms of exactly what services they need.

“If, as an organisation, we're trying to do 20 different things in our strategy, the chances of actually being successful with any of it is slim, because you're gonna not be able to give the time that we need to do to focus,” Connell points out.

“We just need to as an organisation learn from what we can learn from other parts of the globe and adapt to the way we can to to service the UK market.”

Although he admits to not expecting any upheaval from Brexit, Connell does admit Kaspersky has a need for stronger messaging in the UK to improve its image. The company continues to push its Global Transparency Initiative to try and show its work is open and legitimate, and Connell is hoping to sit down with UK government representatives soon.

“We’re changing as an organisation in the way we work in the UK,” he says, “we've not done as strong a job as we should have done in the last 12 months.”

"The UK is still a massively important market for us and always will be...the opportunity in the UK is vast.”

It’s clear Connell and Kaspersky both have grand plans for the UK market, but it is a sad fact that their commercial success will depend on cybercriminals both deploying and continue to develop new cyberthreats.

And despite recent Kaspersky stats saying half or organisations have reported a cyberattack in 2019, Connell is optimistic when it comes to the current threat landscape.

“Obviously they're not set up in order to protect themselves moving forward. And that's where companies like ourselves need to be stepping in, to re-educate the educator.”

“I guess that's one of the more appealing things that was to me that this market is just going to get bigger and bigger as the world changes through smart technologies,” he concludes.

“And from my perspective, I've joined a great organisation with a great reputation of great products. Great researchers for a great team, a team of motivated people passionate about what the do, and to me, the journey is that way.”