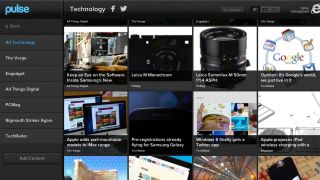 There are plenty of RSS alternatives

The demise of Google Reader doesn't just affect Reader users: it affects users of Reeder, Flipboard and many other apps that rely partly or entirely on Reader for syncing items and managing subscriptions. So what should you switch to if Facebook, Twitter and (pshaw!) Google+ aren't delivering the news you need?

With the July 1 switch off date fast approaching, the answer is to look elsewhere. Some developers have already promised that their apps will outlive Google's service, and others will no doubt follow suit.

If you want an RSS app that works across the web and mobile devices, these are the strongest contenders for Google's crown at the moment - although be warned, they're all getting hammered by Google escapees, and some are still in Beta.

This free service is available as a Safari or Chrome Extension and an iOS or Android app, and while it currently uses Google Reader the developers promise that when it goes, everybody will seamlessly migrate to the back-end system they've been working on for ages.

We hope they're right, because Feedly is ace: it's particularly nice on tablets, but the web-based version is pretty good-looking too. We particularly like the recommendations, which analyse what you're already reading and suggest alternatives.

The web-based version of NewsBlur is very like Google Reader (ie, hideous), and there are iPad, iPhone and Android apps for when you want news on the move.

The free service isn't unlimited, however: you can follow up to 12 sites at a time, and if you want more you pay a very reasonable $1, $2 or $3 per month depending on how much you'd like to feed the developer's dog. I

t can be a little slow compared to others - adding any site to the feeds took ages - but the ability to combine RSS feeds with ordinary websites is very useful and the intelligence trainer can ensure you see more of what you like and less of what you don't. It's not the fastest or the most powerful, however, so power users might want to look elsewhere.

Netvibes' main business is in providing social media analytics to businesses, but its platform also makes for a pretty good RSS reader. Netvibes offers the best of both worlds: there's a widget-based display that delivers Tweetdeck-style monitoring of RSS feeds and different kinds of searches, and there's a more traditional Reader view that to our eyes is a lot more useful.

It's quite an old-school RSS reader when you take it out of widget mode, but it is fast. The company prefers Webkit/HTML5 to proprietary apps, though, so the mobile versions are web apps rather than native ones.

Pulse is one of several magazine-style apps and services that puts RSS feeds into a nice layout to make everything look pretty, and it does an excellent job.

Adding feeds is a little odd - rather than just pasting in the feed's URL, Pulse takes your search criteria and looks at the web, Tumblr, Facebook pages and Flickr groups - but it's an approach that works very well and it often exposes you to interesting things you might otherwise have missed.

If you want RSS feeds and websites to come together in a "Daily Me" personalised magazine, Pulse is definitely worth checking out.

The problem with other people's RSS services is that, like Google, they can pull the plug whenever they want. So why not roll your own?

That's what Fever proposes. It's self-hosted (so you'll need your own webspace to run it; if you don't know what Apache or PHP are then Fever might not be for you) and it'll set you back $30, but in return you get a solid, clever and beautiful RSS reader that isn't going to let you down because it hasn't found a way to monetise your data.