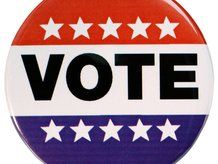 The crumbling economy and US election has caused a huge shift in what news we are seeking out on the internet in recent times, according to ComScore's latest figures.

ComScore's World Metrix figures are often a reliable snapshot as to what UK audiences are seeking and the latest figures indicate a huge rise for politics and financial news generally.

Just over a quarter (27 per cent) more UK people sought out political news in September compared to August amid the British parliament's response to the credit crunch and the forthcoming US election.

More people were also looking for jobs (11 per cent), and, perhaps in the pursuit of cheaper shopping bills, looking at food websites (11 per cent).

Banks such as HBOS and Lloyds may have been suffering in the current climate, but their websites certainly didn't, reporting rises of 13 per cent and 15 per cent respectively.

It was Answers.com that grew the most in September 08, putting on a massive 32 per cent rise to 4.2 million unique users.

Elsewhere, ITV's suite of sites put on an 18 per cent growth spurt, and Wikipedia continued its dominance moving from 11.8 million UK users in August to 13.6 million in September.