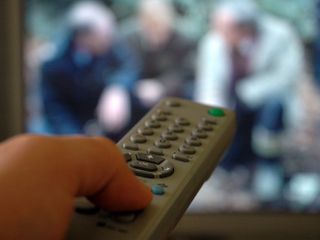 Project Canvas, the long-awaited IPTV platform for set-top boxes looks like it has found itself a name, with reports that it will be called YouView.

The thinking behind the moniker is a fairly simple one – it seems to be a portmanteau of YouTube and Freeview, with the Financial Times noting that the YouView name has been registered with the Intellectual Property Office.

Although not set in stone, it is thought that YouView is on the top of a shortlist of names the folks behind Project Canvas are mooting.

Unfortunately, naming the service isn't going to make it come to market any quicker, as the FT is also reporting that there may well be delays in the launch of Project Canvas.

Although it was hoped that the service would be available before Christmas, the likely UK release date is now spring 2011.

This is because of the delays faced with approval of the service. Although, this was boosted recently with the OFT saying it wouldn't stand in the way of the service.

Although there has been some criticism from Sky and Virgin Media about Project Canvas/YouView, Sky's Griff Parry spoke to TechRadar last week to say that it wouldn't rule out a place on the platform.