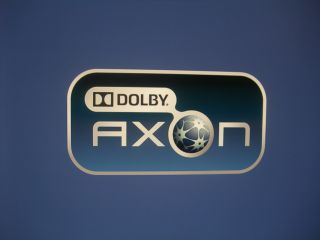 One of the bugbears that online gamers face is the linear way their voice, and everybody else's, is transmitted.

Dolby has announced a solution at this year's CES, and it comes in the form of Dolby Axon, which both enhances and improves the performance of speech in online gaming with your buddies.

TechRadar was privy to a demo today of the new audio tech, and it's impressive.

Using any headset, and a game with Dolby Axon, your voice is altered by the position of your avatar. So, if your character goes behind a wall, for example, then you'll sound slightly muffled. Likewise, if you travel to the far end of the screen, your voice will sound further away.

Each voice is also made much clearer using Axon technology, so even if you run around like a headless chicken with your eyes shut, you should still be able to follow your mates' voices.

While Dolby has not worked much in the online sector before, Axon is part of an expansion for the company. They're also developing 3D technology for TVs and recently produced sound technology for mobile phones under the Dolby Mobile banner.