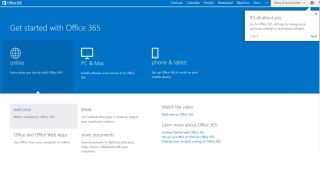 Called O365Connect, the managed Hybrid IT solution delivers the control of on-premise IT but with the economics and service levels typically associated with public cloud services, according to the Bath-based firm.

The solution, which was developed in partnership with Microsoft and HP, is aimed at businesses with between 5 and 250 IT users. It handles local networking, security, identity, file and print management and management of single-sign on to Office 365 and other applications.

Additionally, it automatically takes care of Disaster Recovery by backing up both local data and cloud managed emails and files to Microsoft's Azure cloud should office hardware go kaput.

Part of Zynstra's Hybrid Cloud portfolio, the solution is installed on a HP ProLiant server by an IT service provider, which also manages the service and makes sure applications are up-to-date on the customer's behalf.

In a statement, Zynstra CEO Nick East said that the company's software runs on top of the server to allow local IT workloads to be run as services in virtualised Windows and/or Linux environments.

Zynstra's O365Connect is available from February 17 from the company's channel partners.