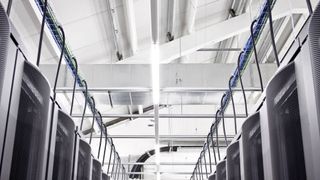 Virtualisation comes in many shades.

When we caught up with Doug Rich, VP of EMEA at Tintri, he gave us a short insight into the challenges of virtualisation. The technology has been designed to streamline operations but it's no plain sailing. In fact, because of a mis-match between traditional storage and the virtualised environment, organisations spend around one month every year managing the virtual estate.

TRP Why is virtualisation taking the industry by storm?

DR 94 per cent of companies in Europe have virtualised at least some of their IT infrastructure. Businesses today are embracing virtualisation as a means to streamline operations and achieve efficiency across the IT estate. These businesses rely on virtual machines to run critical databases, enterprise applications and private clouds, as well as host thousands of desktop computers and mobile devices.

TRP What problems are system administrators experiencing with virtualisation?

The market has rushed to embrace virtualisation. However, the storage often struggles to keep pace with the new environment, slowing performance and creating a host of management difficulties. When system admins can't see what's happening at VM-level, they struggle to keep up the performance/ IOPS levels required.

Administrators generally end up adding more spinning disk to maintain IOPS in a virtual environment resulting in 40 – 60 per cent over provisioning. They then struggle to balance performance levels against rising costs.

TRP What's the difference between traditional storage and 'application-aware' storage?

This scenario is forcing enterprises to be bound by tedious, blind solutions. Application-aware storage is able to see how applications behave at the virtualisation layer and present information in a way that's useful to IT professionals. It gives them visibility into, and control of, the dynamic nature of data in a virtualised world.

TRP Why do you think management of storage infrastructure should be an obsolete duty of IT professionals?

DR With the right storage, management can be dramatically reduced, freeing up a Storage Admin's time. By simply adopting storage technologies like ours that can see and understand what's happening at VM-level, IT professionals have been able to reduce management time by as much as 60x.

TRP What do you think IT pros should be focusing their time and energy on instead?

DR Saving time that would otherwise be spent keeping performance levels up, means that IT professionals can spend more time on doing what's important to them. Applications drive businesses and infrastructure exists to support the apps. This means it's far more important for the IT teams to focus on performance, QoS, speed to deployment, and scalability of apps – instead of spending all their time managing the storage infrastructure.

TRP What are the biggest headlines or industry trends you're observing today in the world of IT?

DR In the next year we can expect to witness the democratisation of cloud – it's not just about Amazon and Google any more. Rising security risks, lack of a strong economic case for large-scale deployment and continuing challenge of adapting enterprise applications to the cloud force companies to explore private cloud.

Many of the capabilities of public cloud will become available in the private cloud - allowing companies to realise scale, security, automation, data protection, and ultimately cost savings. Service providers will quickly grow to service the private clouds of organisations that don't want to run their own infrastructure.