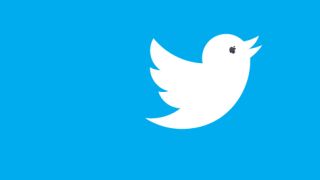 The Apple of Twitter's eye

Apple had been considering a 'strategic investment' in Twitter but negotiations apparently ended with no deal.

The first of the rumoured talks actually took place over a year ago, according to Bloomberg's sources, presumably around the time Apple was heavily integrating Twitter into iOS and Mountain Lion.

The cosy chats between the two companies ended without any cheque signing because both were happy with the aforementioned integration.

Last week the New York Times reported that a more recent discussion also took place, according to its source, with Apple looking to pump a significant number of millions into Twitter, hiking the social network's value up to $10 billion (£6 billion).

The reason for Apple's interest in Twitter is down to its lack of an in-house social network – Google has Google+, Facebook has Facebook, even Amazon has user reviews and marketplaces, while Apple doesn't really have any of these.

Twitter is the only social network to be heavily integrated into Mac OS X Mountain Lion, allowing users to post status updates and share media without opening a separate app.

Facebook, meanwhile, is still absent from the desktop software and only made it into iOS 6 after Twitter had made itself at home in iOS 5.