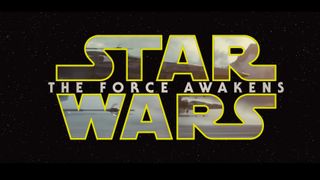 Come December 18, IMAX is reserving all of its screen in North American IMAX cinemas and most screens across the globe for Star Wars: The Force Awakens.

Not only that, in this massive distribution deal, the Disney franchise reboot, which is set to include a sequence that was shot with an IMAX large format camera, will be the only film playing on IMAX screens for four weeks straight, according to The Hollywood Reporter.

To put this into perspective, that adds up to 375 to 400 IMAX large format screens in North America, and more than 400 IMAX screens globally, along with the film playing at most other cinema chains.

"Star Wars: Episode VII is the ultimate crossover movie - it crosses over to everyone," IMAX Entertainment CEO Greg Foster told the publication.

IMAX made a similar exclusive deal four years ago for the Hobbit franchise, and though this deal for the Star Wars film isn't surprising, it is still out of the ordinary.

It also means that other films will either have a much shorter IMAX run or not get an IMAX release at all during the four week run.

Still, it's a smart move by IMAX, given that Star Wars: The Force Awakens will definitely draw in massive crowds.