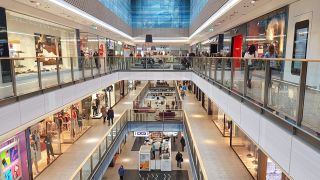 Black Friday and Cyber Monday is now the precursor to the seasonal shopping season. With the increase in transactions comes an increase in fraud, which hardly surprises security professionals in retail and other relevant markets. But despite the marketing from vendors promising all the answers around combating holidays-inspired fraud and cybercrime, these campaigns hardly address the biggest challenges imposed upon retailers every single day.

The fact is that cybercrime is not seasonal. Certainly, there are more opportunities on which bad actors can capitalise during this time of year. Retailers, however, require intelligence that equips them with an ongoing decision advantage over all relevant threats and adversaries—not just those that peak during the holiday shopping season.

Security is not a seasonal engagement

Most retailers anticipate and plan for the holiday season’s spike in cybercrime long before the inundation of holiday-centric campaigns even begins. It’s highly unlikely that these campaigns will suddenly convince retailers to stray from their existing strategies—many of which are time-tested, require intense preparation, and are based on ongoing research and analyses spanning years’ worth of holiday seasons.

Even among retailers that are seeking to work with third-party security or intelligence providers, most strive to establish long-term partnerships, not seasonal engagements. As a result, it can be easy for such retailers to overlook third-parties that might appear to deliver value for only two or three months out of the year. Regardless of the actual value a vendor or solution can deliver, any holiday-centric outreach efforts—particularly those launched during the holiday season—are likely to be perceived as neither timely nor relevant enough to be feasible for most retailers.

FUD for sale during the holidays

Fear, uncertainty, and doubt (FUD) are heavily sprinkled throughout fraud-related campaigns from vendors targeting those in retail during the holidays; in fact, the campaigns often resemble the pattern of marketing that comes on the heels of large breach disclosures.

This approach compounds the stress most retailers are already facing at this time of year in warding off fraud and cybercrime. It’s also likely that those companies that have been stung by large-scale attacks and data leaks are in for another bout of naming-and-shaming and held up as examples of what not to do during the busy shopping season. For those who might already be facing an uptick in fraudulent purchases, the deluge of holiday fraud-centric content serves as little more than a harsh reminder of what they are already experiencing.

Fraud is a year-round fight for retailers

These holiday-centric campaigns often focus heavily on fraud, which has long been considered one of the most persistent and dynamic threats to retailers. Many fraudsters are highly flexible and are known to continually adapt their tactics to circumvent new anti-fraud measures. Consequently, mitigating fraud effectively requires abundant subject-matter expertise, unfettered access to the proper tools and technologies, and substantial resources as part of a truly systemic and cross-functional strategy. It’s also not something that retailers are going to suddenly start doing better because they read an article that pitches vendor solutions or reiterates the heightened risk of fraud during the holidays.

Although the holiday season is upon us, it’s important to remember that security and intelligence professionals in the retail industry are concentrating on far more than just seasonal threats. Return fraud, for example, might peak between November and January, but that doesn’t mean retailers are not actively striving to combat other types of fraud year-round. As such, vendors seeking to generate interest and cultivate relationships with prospective customers should recognise that, regardless of season, retailers will always be susceptible to a broad spectrum of cyber and physical threats.

Rather than be dealt the usual barrage of campaigns touting various easy fixes to seasonal cybercrime, what retailers truly need is relevant, actionable intelligence that can help them gain a decision advantage over the threats and adversaries they face year-round—not just during the end of year holiday shopping season.